Dr. Samah in her presentation touched on the fact that in 2008, urban areas exceeded rural areas for the first time and the possibility that by 2050 two-thirds of the world’s population will be living in urban areas thus the need for smart cities around the globe.  She gave a brief history on the development of smart cities and the components of smart cities which include Smart Mobility, Smart Governance, Smart Building just to mention a few. She also touched on Urban AI – an embedded AI throughout an urban environment for automatic decision making and informed planning.

Dr. Eric spoke on the important role energy plays in all areas of life and the need to focus our attention on renewable energy sources, for instance harnessing solar and wind power to complement the already existing power systems. He added AI and big data can help solve power reliability issues, adopting these technologies could help re-engineer the current power grid into a smart grid where power generation and distribution are based on data. Detecting power theft, wide-area analysis and troubleshooting the grid are some benefits to be derived from smart grids. Even though the implementation and adoption of smart grids are possible, it comes with some challenges that require critical attention, he added.

Dr. Adams gave a presentation from the legal and human right perspective and some of the possible human right violation that results from data-driven technologies. She bemoaned, it is unclear how Africa is going to benefit from data-driven technologies since the continent lacks some of the basic infrastructure needed to make the use of these technologies possible. She highlights issues such as how AI is going to increase poverty and inequality between and among countries, data-colonization and the effect of this practice in different parts of the world. She added that current legislation are not doing enough to protect data due to some limitations.Prof. Barreto started by giving some interesting facts about Africa. He highlights the fact that an increase in population creates problems on infrastructure including power, sanitation and water but using AI could help solve these problems. He added AI in smart cities could in the following areas farming optimization, traffic management, crime management just to mention a few. In concluding, he said there three key elements that must be in place for AI and smart cities adoption to be possible and these elements are Connectivity, Affordability and Cybersecurity. 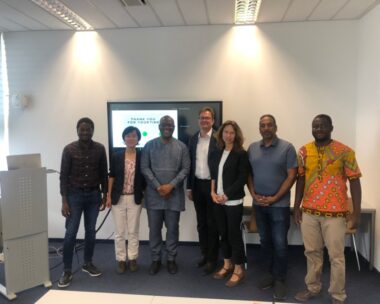 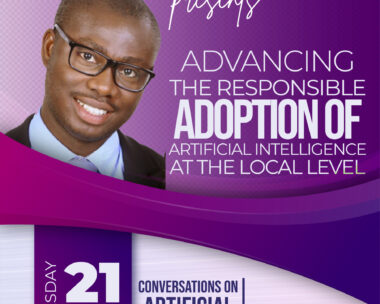